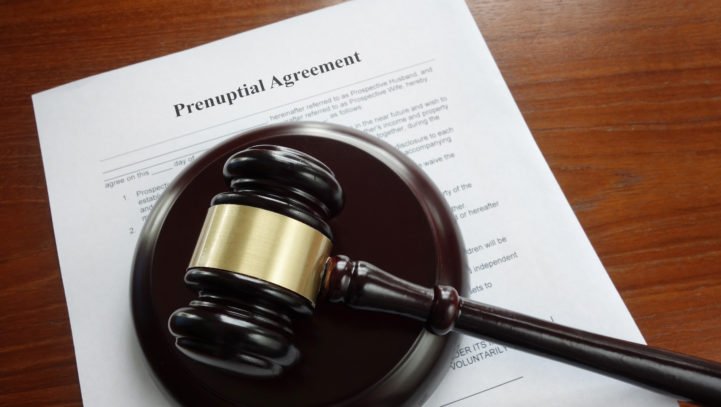 There are many misconceptions about prenups in Texas, even among lawyers. These are the ones I have heard most. There are many more. For years prenups were not allowed by the law, causing misconceptions. The law varies by state, creating confusion; and movies take license about misstating the law. This makes better movies, but also causes more confusion.

Many lawyers have never studied the law about prenups and also suffer from misconceptions. Many items below are good ideas and should be followed, but do not immediately invalidate a prenup, contrary to popular belief.

Misconception 1: Each Fiancé Must Have a Lawyer:

Nothing in Texas law requires each party to have a lawyer when negotiating or signing a prenup. A prenuptial agreement must be signed voluntarily, and each fiancé having a lawyer makes it hard to argue it was not voluntary, but nothing requires it. Like any contract, it may be reviewed by an attorney, but it’s still valid if not. Because of this, a prenup should always be reviewed by an experienced family law attorney.

Misconception 2: The Prenup Must be Signed a Minimum Number of Days Before the Wedding:

A prenup signed minutes before the wedding can still be valid. Nothing in Texas law requires a prenuptial to be signed a minimum number of days before getting married. As long as it’s voluntary and other minimal requirements are met, it’s valid.

Misconception 3: Each Fiancé Must Have a Minimum Amount of Time to Review the Prenup:

A prenup must be signed voluntarily, and presenting it at the last minute may give credence to a claim of involuntariness, but nothing requires a minimum amount of time to review it. When a person exercises a legal right, that is not duress on the other. If a fiancé refuses to marry unless a prenup is signed, and first presents the prenuptial agreement on the wedding day, the other may cancel or postpone the wedding. Embarrassment is harsh but not duress. A person may legally refuse to marry right until saying “I do.” Refusing to marry unless a prenup is signed does not make the other’s signature involuntary.

Presenting a prenup for the first time at the wedding is a BAD IDEA. In a divorce, a judge will be sympathetic to the spouse who had no time to review it. This will probably make the divorce longer and more expensive. It might also make the judge more receptive to creative arguments. Like any contract, a prenup might have language requiring interpretation, and the judge could lean in favor of the spouse who had insufficient time to review the prenup.

Misconception 4: All Assets & Debts Must be Disclosed:

Texas law allows fiancés to sign waivers of disclosure so they need not share information about each other’s assets and debts. The waivers must be signed BEFORE the prenup. A common mistake is to sign the waivers at the same time as the prenup. The waiver of disclosure must be in writing. It’s not required that each sign the waiver. One spouse may disclose everything, and sign a waiver so the other doesn’t have to.

Misconception 5: The Prenup Must be Fair:

The law allows prenups so fiancés may agree to a division different from what the law requires without one. In Texas, without a prenuptial, a judge must divide the community estate in a ‘just and right division,’ with means fairly. People disagree about what is fair. By definition, the prenup will differ from what happens in divorce without one. For some, that is unfair; but it is legal. A prenuptial agreement may be unfair. It may even be unconscionable if each party had full disclosure of the other’s assets or waived the right to such disclosure.

Misconception 6: Everything Must be Separate in a Prenup:

A prenuptial need not require clinically separate lives. It may be put away securely and never consulted until a spouse dies or files for divorce. A prenup may provide for joint financial accounts, joint purchases, joint debts, and joint tax filings, etc. It can say what each spouse will pay for household expenses or that the higher earner will pay all household expenses. Household expenses need not even be addressed, and can be resolved as it would between a couple without a prenup.

Misconception 8: A Prenup Means We’re Not Committed to the Marriage:

People buy insurance in case some undesirable thing happens. Nobody wants a car wreck. People take classes on how to avoid auto collisions. They also buy auto insurance. People take precautions to protect their house and buy homeowner’s insurance. Nobody looks forward to death, but plan as best they can with life insurance and a will. There is no marriage insurance, but you can plan in case something undesirable happens. A prenup can be signed and put away, never to be used unless it becomes necessary.

Misconception 9: A Prenup can Say What Will Happen with Children:

Decisions about children will be made on the best interest of the child when the decision is made, not in advance. What should happen when a prenuptial agreement says the mother should have custody of the children, and she has become addicted to crystal meth or has active alcoholism? Agreements about children in a prenup are not enforceable, with one exception. A prenup might require the father to pay child support of $1,000 per child per month. What should happen if a child has a condition requiring expensive care and the father is wealthy? Should the child go without care because on a prenup signed before the child was born? The law says no.

The exception is that Texas Family Code §4.003(b) says the right of a child to support may not be adversely affected by a premarital agreement. A minimum level of support may be included in a prenuptial agreement, but not a maximum. A judge might still reduce the support below the amount in the prenup because 4.003(b) does not say an agreement is binding on the court, only that it is not binding to the extent it adversely affects child support.

Misconception 10: Any Person Can Write a Prenup:

The law is clear about what is required for a valid prenup. Texas Family code §4.002 is entitled “Formalities.” It is deceptively short and simple:

“A premarital agreement must be in writing and signed by both parties. The agreement is enforceable without consideration.” Tex. Fam. Code §4.002.

A person unfamiliar with the Family Code and cases about prenups might be misled into thinking they can write anything if both sign it, overlooking case law and at least two statutes. §4.003 entitled “Content” and 4.006 “Enforcement” both include additional considerations in writing a prenuptial agreement. A lawyer familiar with defending and enforcing agreements in court is best equipped to visualize how language will be interpreted by a judge and will appear on a big screen during a trial. Considering the possible outcome of a divorce or probate on death without a prenuptial agreement, it is foolish to not have it written by an experienced lawyer.