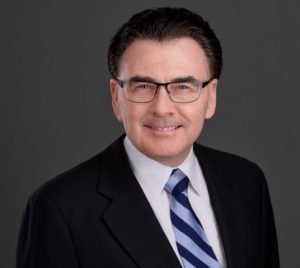 Brian McNamara enjoys both his roles as an attorney. As an advocate, he aggressively pursues his client’s interest at trial, but only after carefully fulfilling his role as a legal counselor and making every effort to resolve the case by agreement. Mr. McNamara has extensive experience trying family law and general civil cases, both to juries and judges. Throughout his practice, he has tried many types of jury cases from child custody to business litigation, to consumer and injury cases.

More importantly, Mr. McNamara has settled many more cases than he has tried. The certainty of a settlement and the cost-saving versus trial are powerful incentives to avoid the courtroom when possible. Experience has often demonstrated the irony that the better a case is prepared for trial the more likely it is to settle.

Mr. McNamara was licensed in May 1992 and was lead counsel in two jury trials within a year. Since then he has completed many more trials, some to juries and countless non-jury bench trials. A victory after a jury trial in 2004 was appealed by the opponent and Mr. McNamara also handled the appeal. On appeal, Mr. McNamara’s successful trial judgment was upheld. He is licensed to practice in all Texas courts, including the Supreme Court of Texas.

Mr. McNamara takes a systematic approach to each case, consulting with his client before deciding on the initial plan. Each case is different and there is no ‘cookie-cutter’ that is appropriate for every client. Brian approaches each case individually and uses his many years of experience to devise the best approach for that particular matter and client. McNamara Law Office, PLLC has two excellent paralegals and they are used extensively to their fullest ability in each case but are never allowed to run the case or take the place of a lawyer. Mr. McNamara supervises the paralegals closely and ensures that they undertake work within their scope of capability.

Since he was licensed in 1992 Brian has always practiced family law. For about the first 15 years, his practice also involved general civil litigation in which he represented individuals in consumer and personal injury matters. He also represented businesses in all types of disputes.

Since about 2006, Mr. McNamara has concentrated his practice in family law. Throughout the years, he has represented husbands and wives in divorces and all types of child custody and support cases. He has also represented grandparents in actions involving their grandchildren, and the surviving spouse when grandparents have sought court-ordered visitation.

Although Brian has represented many clients with estates worth millions, the majority of his divorce clients are suburban middle-class professionals with a variety of assets and debts. He has made a point of understanding the various types of financial products commonly in use today. Child custody matters vary from disagreements about who the children will live with after a divorce, to post-divorce child support and visitation arrangements, to who gets to make important decisions about the children.

Brian has practiced in Kingwood since 1992. He and his wife Cathy are Kingwood residents. Brian’s three grown children attended Kingwood schools. A fourth hasn’t started yet. He has been a member of the board of directors of the Kingwood Chamber Of Commerce and was a mock trial evaluator with the Lake Houston YMCA Youth In Government Program. Brian has also coached and assisted with various youth soccer teams.