Skip to content
Home > Blog > Lawyer > What Is A Rule 11 Agreement? 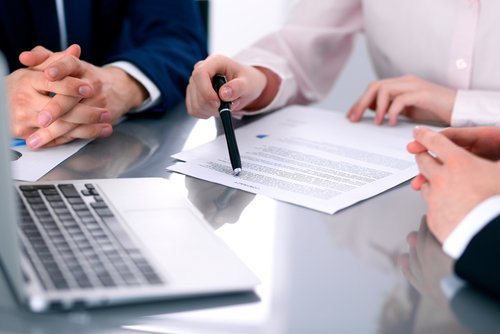 “Unless otherwise provided in these rules, no agreement between attorneys or parties touching any suit pending will be enforced unless it be in writing, signed and filed with the papers as part of the record, or unless it be made in open court and entered of record.”

In Writing or On the Record

Simply, a judge may not enforce a disputed agreement in a lawsuit unless it is in writing and signed by the lawyers or made on the record in court. An unrepresented party may sign without a lawyer.

The rule makes sense. When lawyers disagree about who said what, or the terms of an agreement, a judge should not have to decide. Honest people often remember details differently. Without a writing, people might understand the details differently the moment the agreement is made. In conversation, details can be glossed over or skipped to avoid tension. Over time, recollections can change.

By requiring an agreement to be in writing and signed, problems of recollection and credibility are minimized. The same is true if the agreement is dictated into the record in court.

Need Not be Formal

Rule 11 does not require formality. Lawyers sometimes make it look like a formal pleading, with the style and caption of the lawsuit. But a rule 11 agreement may be handwritten if it is signed by the lawyer or party against whom it is enforced and filed with the clerk. It must only contain the essential elements of the agreement, so that the contract can be ascertained from the writings without resorting to oral testimony. Green v. Midland Mortg. Co. (App. 14 Dist. 2011) 342 S.W.3d 686.

Even emails can constitute a Tex. R. Civ. Proc. 11 agreement. In Green v. Midland Mortg. Co. (App. 14 Dist. 2011) 342 S.W.3d 686 the Houston 14th court of appeals held in 2011 that emails and a letter constituted a rule 11 agreement. Other cases have questioned the validity of email signatures. Intentionally adding a signature block to an email is probably enough for a rule 11 agreement.

Just because a written exchange satisfies rule 11 does not necessarily mean it’s enforceable. It cannot be enforced unless it includes the essential terms. Rule 11 refers to circumstances under which an agreement is NOT enforceable. It does not require that all rule 11 agreements are enforceable. An agreement might include the requirements of rule 11 and still be unenforceable for another reason.

Put Agreements in Writing or on the Record

It’s impossible to predict the circumstances under which an oral agreement might be unenforceable. People change lawyers, and a new lawyer will know nothing of verbal agreements before being hired. Relying on assurance that the agreement need not be written is dangerous. If a lawyer is removed from a case or becomes incapacitated, without a written agreement there will be nothing to enforce.

A lawyer might commit to terms the client reneges on. Without a rule 11 agreement, there will be no way to enforce it. If the lawyer signed and it contains the essential terms, it’s enforceable.

If you’re unwilling to accept the risk of losing an agreement in a lawsuit put it in writing and get it signed, even if it’s handwritten or emails with typed signatures.