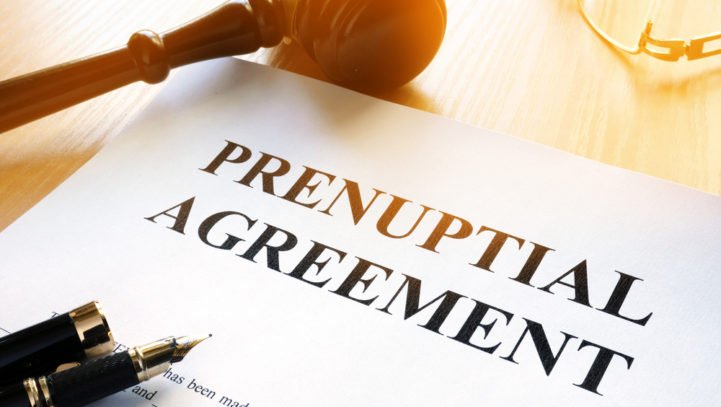 Texas law favors prenups. When written correctly, and when the right signing procedure is followed, a prenup is hard to invalidate.

Even though a skilled lawyer can write a solid prenuptial agreement, if the law is not followed it might be successfully attacked in a divorce or probate proceeding.

These are ten common mistakes that might void a prenup. If you want to invalidate a prenup ask a lawyer about each of these regarding your prenuptial agreement.

1. Prenup must be Written

A. It must be written; and
B. Signed by both parties.

A verbal promise is not a prenup. A prenup signed by one party is not valid. Check that it has been signed everywhere indicated. Some prenups have several signature lines and require initials on each page. Failure to initial will not invalidate the document, but failure to sign the right line could.

2. Prenup must be Signed Before Marriage

Under Texas Family Code, §4.004 a prenup becomes valid when the fiancés marry each other. It must be signed before the marriage. After marriage, a postnuptial agreement can be signed. Depending on how the prenup is written, maybe it can be construed as a postnup if signed after marriage. Most likely, it will not be valid. If the fiancés live together and unintentionally meet the requirements to create a common law marriage before the ceremony, even if the prenup is signed before the wedding day, it might still not be valid because the spouses were already common law married. Tell a lawyer about the living circumstances before marriage if you’re trying to attack a prenup.

3. Must be Signed Voluntarily

To be valid, the prenup must be voluntarily signed by each fiancé. The Texas Family Code does not define voluntary in this context. It must be decided on a case-by-case basis.

A Judge has discretion in litigation. Presenting a prenup at the wedding will make litigation more expensive and could make a Judge lean in favor of the spouse who was blindsided at the wedding.

Successfully attacking a prenup on the basis that it was not signed voluntarily is rare.

4. Must Not be Unconscionable when Written AND…

“Unconscionable” is not defined in Texas’ prenup statutes. It originated in contract law and most definitions and interpretations are in that context.

“Extreme unfairness. • Unconscionability is normally assessed by an objective standard: (1) one party’s lack of meaningful choice, and (2) contractual terms that unreasonably favor the other party. 2. The principle that a court may refuse to enforce a contract that is unfair or oppressive because of procedural abuses during contract formation or because of overreaching contractual terms, esp. terms that are unreasonably favorable to one party while precluding meaningful choice for the other party. • Because unconscionability depends on circumstances at the time the contract is formed, a later rise in market price is irrelevant.

“a party who knowingly enters a lawful but improvident contract is not entitled to protection by the courts. …the courts, as such, are not interested in the wisdom or impolicy of contracts.” (Marsh v. Marsh, 949 S.W.2d 734, Tex. App. Houston (14th Dist.) 1997.)

In that case a one-sided prenup was upheld because the husband, who agreed to transfer much of his substantial estate to his wife, knew he had the right to have the agreement reviewed by a lawyer, but didn’t, and was mentally competent. He voluntarily made a deal he later regretted. That did not make it unconscionable.

Unconscionability is hard to prove, and even then, it’s not enough to invalidate a prenup.

5. … Lack of Knowledge About Each Other’s Finances

Even if a prenuptial agreement was unconscionable when signed, the spouse challenging it must also prove that before signing the prenup:

A. She was not provided a fair and reasonable disclosure of the property or financial obligations of the other party; and

B. She did not voluntarily and expressly waive, in writing, any right to disclosure of the property or financial obligations of the other party beyond the disclosure provided; and

C. She did not have, or reasonably could not have had, adequate knowledge of the property or financial obligations of the other party.

If the marriage turns out to be invalid, a prenup is enforceable only to the extent necessary to avoid an inequitable result (Tex. Fam. Code sec. 4.007). A judge decides whether the result of the prenup is inequitable, which mean fair. Without a valid marriage, there is also no community property because the parties were never married to each other.

A prenup is a contract. Like any contract it must be written correctly. The law allows contracts to be interpreted if the language is vague, but interpretation means it may not be enforced as one party intended. It means more litigation and an opportunity for a judge or jury to interpret the agreement as they think it should have been written. Sometimes, language is so vague that it cannot be interpreted, and it is ignored. Do not assume what a prenup means. Have it reviewed by a lawyer. If you’re married, explain to a lawyer what you intended, or thought the vague language meant.

Texas family code §4.008 puts all statutes of limitations on hold during the marriage, but specifically permits equitable defenses that limit the time for certain enforcements, such as laches and estoppel. These can limit enforcement of part of a prenup when justice requires. Laches requires: (1) unreasonable delay by one having legal or equitable rights in asserting them and (2) a good faith change in position by another to his detriment because of the delay. This must be decided on a case by case basis.

It’s not easy to attack a properly written and executed prenup. Besides reading the documents carefully, a creative lawyer must explore all aspects of how the prenup was presented, negotiated, and signed.