Skip to content
Home > Blog > Divorce > Can I Annul My Marriage? 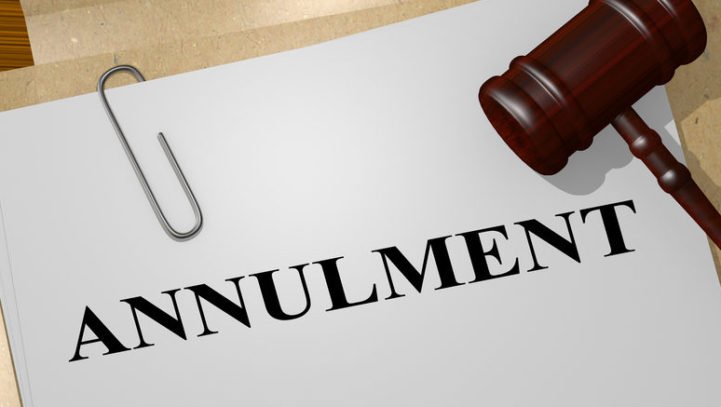 Annulment means the marriage was never valid from the beginning. There was no legal marriage. Most of the benefits of marriage do not exist either.

Because annulment means there was no marriage, there is no community property to divide. Property acquired by the spouses together will be treated like any other joint purchase. Two unmarried people may jointly acquire anything. A person can buy a car with an adult child or a house with a sibling or business partner.

The law that determines each person’s percentage of ownership, and what will happen to the joint asset, will be applied as if the purchasers were not married. There is no community income, so the only way property is acquired jointly is either by putting both names on the deed or title, or by each person contributing to the purchase price. This can apply to any jointly acquired asset, not just real estate.

Under Texas Estates code 201.055 “the issue of a marriage declared void or voided by annulment shall be treated in the same manner as the issue of a valid marriage.” (Tex. Est. Code Ann. § 201.055). “Issue” means children, whether minors or adults.

For other purposes the marriage was never valid, but because of a statute, children born during an annulled marriage are legitimate in Texas. There is no need to establish the parentage of the father. The child may inherit from the father without a Will, and may be the beneficiary of life insurance and retirement plans.

How to Get an Annulment

Texas makes it difficult to get an annulment. Two unmarried people who live together as husband and wife, generally hold themselves out in the community as married, and agree between themselves to be married are informally married, often referred to as common law marriage. Because of this, a marriage that might otherwise be subject to annulment could be an informal, or common law, marriage.

Texas’ annulment statutes generally require that if the spouses live together as husband and wife after learning the basis for the annulment, the marriage may not be annulled.

Under Texas Family Code 6.102, an annulment may be granted to a person who is between 16 and 18 years old and married without parental consent or a court order. The annulment may be sought by a parent, a guardian, or court appointed managing conservator.

Whether to grant annulment to an underage spouse is up to the judge. 6.104 says only the judge has discretion whether to grant the annulment. It may not be submitted to a jury. 6.014(b) says “in exercising its discretion, the court shall consider the pertinent facts concerning the welfare of the parties to the marriage, including whether the female is pregnant.”  The maturity and desires of the spouses will be important. Ultimately, it’s the Judge’s discretion.

Under Texas Family Cose 6.105 an annulment may be granted to a person who was unable to consent to the marriage because of the influence of alcohol or narcotics. The inability to consent must have existed at the time of the marriage. If, after sobering up, the person requesting the annulment voluntarily cohabits with the person he or she married while drunk or under the influence of narcotics, an annulment may not be granted.

Frustration is common when a person learns that trying to make the relationship work makes annulment impossible. To get an annulment the spouses cannot live together after sobering up. This is necessary to avoid a conflict with the informal marriage statute (common law marriage). Living together as spouses and generally representing themselves as married can mean a common law marriage. The requirement to have an agreement between themselves may be inferred if the other two exist. A couple living together as spouses and representing themselves as married may be informally married even if the original ceremonial marriage may be annulled.

If either party was permanently impotent at the time of the marriage, and the spouse requesting annulment did not know about the impotency, the marriage can be annulled. It does not matter whether the impotency is because of a physical or mental reason. (Texas Family Code 6.106)

Like other Texas statutes granting annulment, if the person seeking annulment voluntarily cohabits with the other after learning of the impotency an annulment may not be granted. The statute refers to permanent impotence. Cohabiting before learning that the impotence is permanent does not preclude annulment.

Under §6.107, The court may grant an annulment if the spouse not seeking the annulment used fraud, duress, or force to induce the other into the marriage, but only if the spouse requesting annulment did not voluntarily cohabit with the other after learning of the fraud or being released from the duress or force.

The statute does not define fraud, duress, or force, and does not elaborate about what level of each is necessary. This will depend on the specifics of the case. There are cases addressing specific facts, in which courts of appeal reviewed the trial judge’s decision to grant or deny an annulment.

Leaving the marriage immediately after receiving an immigration green card has been found to be sufficient to show fraud by the person who entered the marriage only to get legal immigration status.

Duress is difficult to prove at a level sufficient to annul a marriage, and there are several Texas cases in which courts have held the facts did not prove duress. Marrying to avoid criminal prosecution is not duress.

Either spouse may request an annulment if one of them did not have the mental capacity to consent to marriage, or understand the nature of the marriage ceremony, because of a mental disease or defect.

The spouse not lacking mental capacity may also seek an annulment if the other one did not have the capacity to consent to marriage or to understand the nature of the marriage ceremony, and the spouse seeking the divorce neither knew nor reasonably should have known of the mental disease or defect when the marriage took place.

In both cases, the parties must not have voluntarily cohabited. For the one lacking capacity, cohabitation must not have occurred during a period when the person possessed the capacity to recognize the marriage relationship. If the spouse with capacity cohabits with the other after discovering the defect, or after the defect reasonably should have been discovered, an annulment may not be granted. (Texas Family Code §6.108)

Under Texas Family Code 6.109, a spouse who finds out the other concealed a divorce may request an annulment under specific circumstances:

Annulment may only be granted under specific narrow conditions. Most people do not qualify, usually because they continue to live together while trying to decide what to do.

The biggest difference between annulment and divorce is that in annulment there is no community property to divide, and individual debts are the responsibility of each person, not community debt.